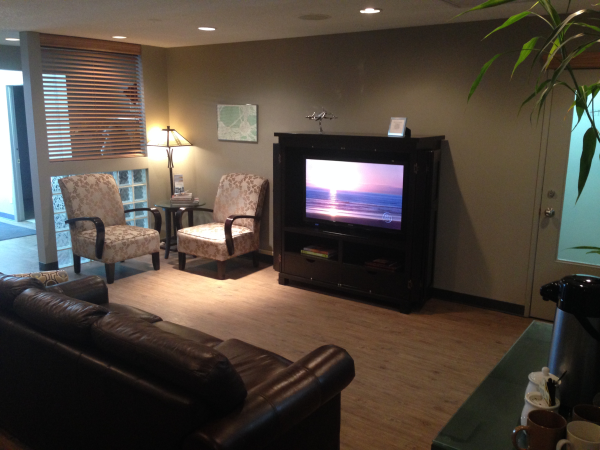 The practice was developed in the 1960’s in an original location along Bow Trail by Drs. Dave Dyrrholm and Ted Mitenko. Those were the days that produced the teenagers of what we now know as the baby-boom where youth swayed the fashions, fads and politics of a decade. Barbie Dolls by Mattel became cherished as did the first action figure for boys—the 12 inch high G.I. Joe by Hasbro. Musicals were made into movies but most music was listened to on the radio. Mustangs, Cameros and Chevy convertibles like the Chevelle would cost as much as $2495.

The new location was built by the dentists and Dr. Howard Gretton M.D. and had two sides, one for offices and the other with retail, later to house Canada Post. Dave and Ted later left dentistry for an emerging Albertan industry—the livestock embryonic transplant business.

On their heels were Dr. Nat (Nestor) Mitenko (brother of Ted) a graduate of the University of Alberta (1959) who came from Westlock via Red Deer with his family. The year was 1975. By 1977, Dr. Jim (James) Innes, a graduate of McGill (1967) arrived, originally from St. Lambert, Quebec and then via High River and BonaVista. There is a story by a patient still seen in our office that tried desperately to convince her friend to see Dr. Innes whereas the friend would not under any circumstances leave her dentist in BonaVista whom she couldn’t say enough about! It turned out Dr. Innes was working in two different locations!

The structure was modified again to include a front foyer and an elevator. Principally, six of the resident doctors and dentists bought the building from Dr. Dyrrholm and they wanted to do up the front entrance, which had steep horrible stairs. They started right up on it and fancied themselves as real estate moguls in the making . Could they have known Westbrook Village would become a reality in 2012 they might have retired earlier!

By 2004, Drs. Innes and Mitenko were looking to spend more time with their grandchildren and came across Dr. Darrell Morden to take over both of their practices. This transition was significant as it the merging of two separate practices that cost-shared some common clinic features. What resulted was an amicable unification and both gentlemen ended up working for several years to wind down to their retirement. A graduate of University of Alberta (2002), Dr. Morden moved his small family from Edmonton and was given the clinic’s leadership— without ever having worked a day in their practice prior. The long-term staff graciously continued to work together and there were yet more renovations undertaken. As mentioned, both of the senior dentists worked in the practice for a while and retired when they felt ready—Dr. Mitenko by 2005 and Dr. Innes by the end of 2006. Other dentists who have served this patient group briefly through the years included: Drs. Robbie Robinson, Walter Jetz, Eric Brown, Janet Stewart, and Laura Taylor. Dr. Dawna Wetherell (see biography) has maintained a balance of the practice since 2008 and enjoys the professional fit and freedoms of working in this dynamic group setting.

Get Directions To Our Practice